Generous Gesture For Residents At Christmas 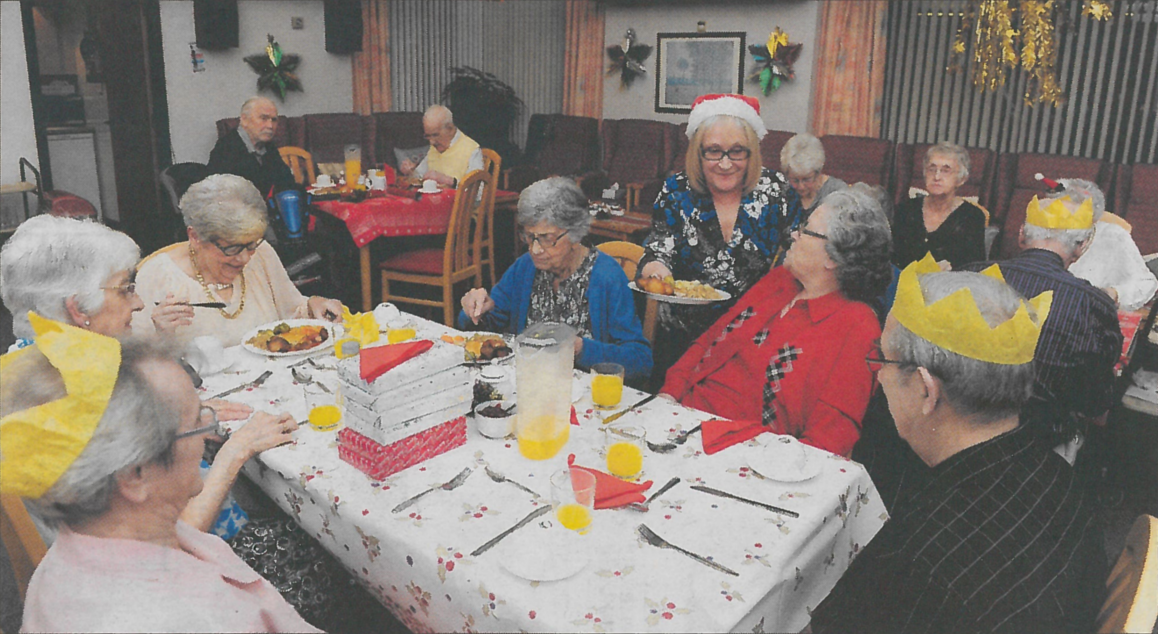 Residents in a sheltered housing complex enjoyed an early Christmas dinner thanks to an IT company.

PCL Group treated all 60 people who live at Mark Bush Court in Aberdeen to the festive supper. And the firm drafted in a chef from Inn at the Park on Aberdeen’s Deemount Terrace and PCL Group staff turned their skills to waiting tables. Turkey with all the trimmings was the order of the day. And some of Santa’s little helpers even turned up to hand out small gifts to all the residents.

Jeanette Forbes, chief executive of PCL Group, said: “We support a number of charities and charitable events throughout the year. “At this time of year in particular though it is good to get involved in the community. “The whole staff team got behind the idea and turned up in force to serve the lunches and some brought their children dressed as elves to hand out gifts.”

Jack Watt, secretary of Mark Bush Court’s tenants association said it was a great day. He said: “We’d like to thank the PCL Group for their generosity and Inn at the Park for a delicious Christmas dinner. I originally contacted Jeanette to get advice about a caterer but she took it a step further and said they would like to donate the meals to us. “We really appreciate what they did for us and particularly because they all gave up their time to come along and help out on the day.”

Aberdeen City Council’s convener of Communities, Housing and Infrastructure, Counsillor Neil Cooney, added his praise for the company’s generosity. He said: “This is a great example of community spirit by the PCL Group at this special time of year.”  He added: “With Santa’s little helpers on hand to give out presents and a Christmas dinner this event has been a fabulous festive treat for the tenants.”