The Power of the Personal Touch 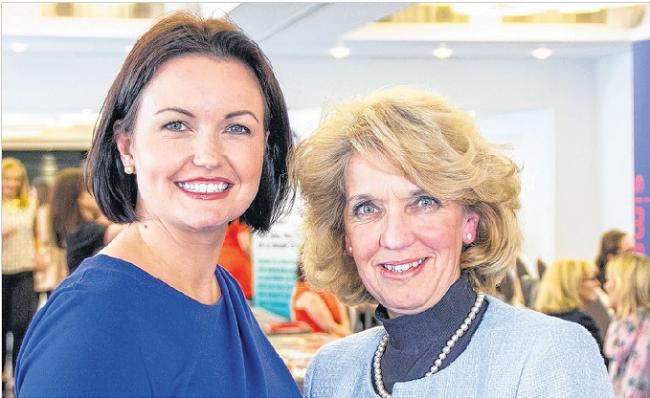 When women do business it’s personal, with the key aspects of communication and networking being crucial to female-led companies. Of course these are also important to business men, but it’s true that women have a preference for engaging with clients and spending time to build relationships.

Next year, women from all business sectors will gather at Dynamic Earth in Edinburgh on March 23, for the fourth live event presented by Business Women Scotland magazine. Following events in Aberdeen and Glasgow earlier this year, this is the opportunity for visitors and exhibitors to take part in the natural extension of the magazine’s most popular features.

Business Women Scotland was established six years ago in the midst of the financial crisis – proof if it were needed – that even the toughest times can offer opportunities. In this case it emerged from the realisation that women were under represented in other business publications.

“When Business Women Scotland began, most of the business magazines didn’t provide women with a platform,” says Lynne Kennedy, the magazine’s editor. “Our intention was to celebrate Scottish entrepreneurs, profiling female roles and highlighting all the benefits and rewards that business ownership can bring.”

The economic downturn meant that a large number of women were being made redundant from the public sector, and the possibility of alternative employment was slim. However, having financial packages meant this could be the opportunity to pursue long-held business ambitions.

“The magazine could also look at the added benefits. Women can take advantage of the flexibility that running a business can bring, particularly when it comes to the dual role of business woman and mother.”

Published six times a year, the magazine also educates women in the wider business sense. “Even I sometimes need to ask a friend what she does within an organisation. Our profiles are great way of educating others about what you do,” she adds. “It also looks at the wider life of the business woman, including style, culture, fashion and beauty.”

Lynne trained as an interior designer and began working in publishing with the offshoot of STV’s The Home Show magazine. She subsequently became the editor of Homes and Interiors Scotland and was also behind the award-winning Uptown magazine.

Now with Business Women Scotland she leads a small, dynamic team who all work remotely, allowing them to have the balance of work and family life that so many women are looking to achieve.

Taking the lead from how women like to do business, the move into live events was a natural one.

“We know that people buy from people,” Lynne says.

“It improves not only the communication but also the education that women at every stage of business are keen to take part in.”

Hosted by STV presenter Rachel McTavish, the day includes interviews with successful business women, advice from wellness coaches, dedicated sessions on dressing for success, fashion, beauty, and book reviews among many more. The day is structured so that shorter visits of an hour or two can be tailored to the areas of greatest interest.

There are normally around 40 exhibitors and many have reported getting business through the opportunity to engage directly with so many business women from that target AB1 market. “What you can’t underestimate is the power of a personal meeting or a handshake on a potential customer,” she adds.

Even the most seemingly confident women can be prone to self-esteem issues, however.
“They can be returning to work after having children, picking themselves up after being made redundant, having self-confidence battles after gaining weight – there are many reasons why women put themselves down. A session we call Business Meet Style is really more about building confidence. How you stand, how you project your voice, just how you come into a room. If you don’t feel good about yourself you don’t perform in work.”

This article was published in the Herald Business Magazine on 10 December 2015, Link to article here