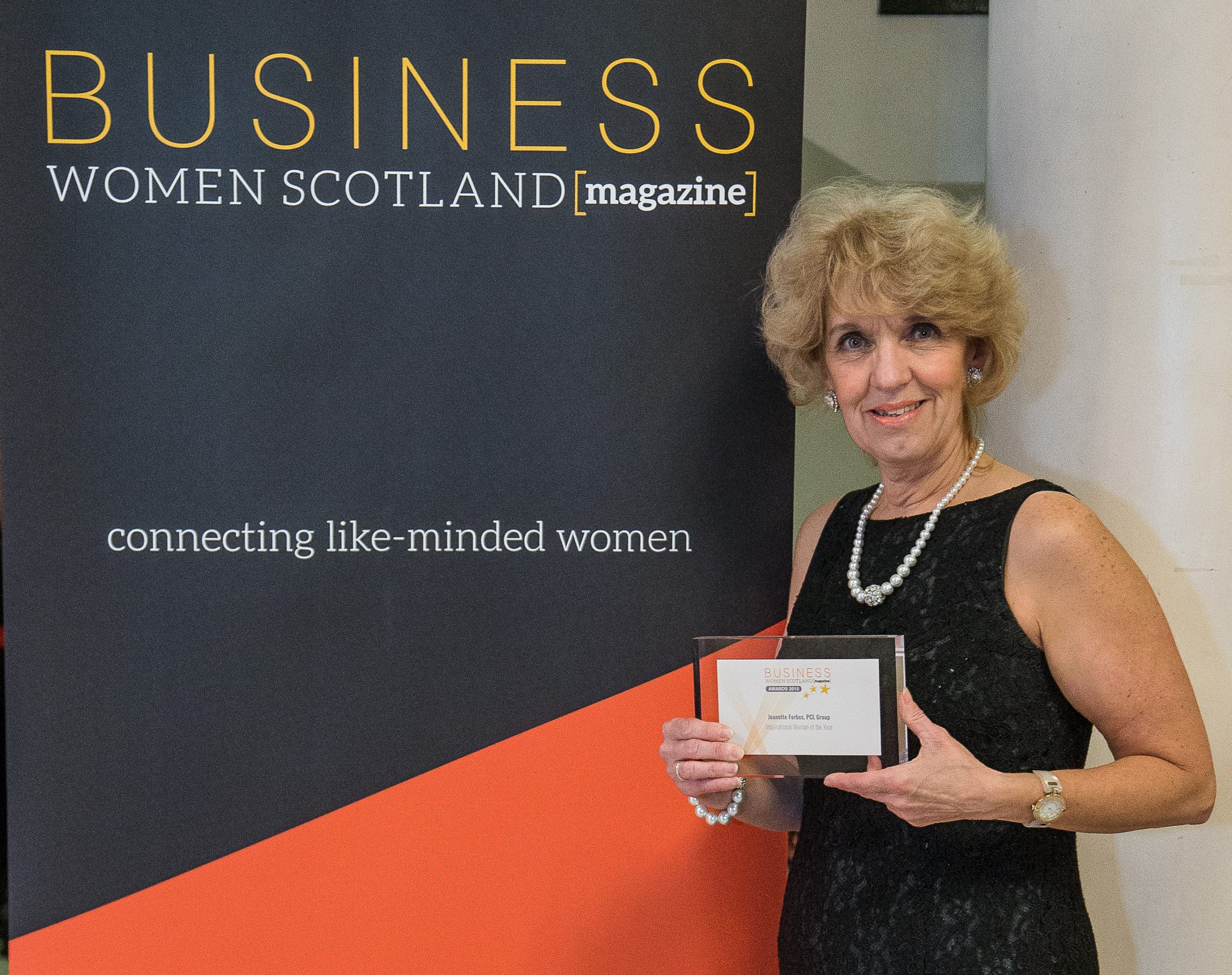 Jeanette Forbes, CEO of the PCL Group, has been named Inspirational Woman of the Year in the inaugural Business Women Scotland Awards. The awards, presented at a gala dinner in Glasgow, were supported by the Federation of Small Businesses (FSB) and celebrated the entrepreneurial spirit of female-led companies from across Scotland.

The Inspirational Woman Award was a special honour presented by Business Woman Scotland magazine, organisers of the event, to someone they felt inspired other women in business.

“Jeanette started her own IT services company in a male-dominated energy world and has survived tough times to make her company a success,” said magazine editor Lynne Kennedy. “She is a lesson to us all to never give up on your dream. She is a big supporter of encouraging females into the STEM (science, technology, engineering, mathematics) subjects and also likes to give back to the community as a business mentor. Any female who heard her story cannot fail to be inspired.”

Jeanette founded the PCL Group, which provides a full range of IT, telecoms and computer services to the offshore, marine, commercial, industrial and renewable sectors, in 2000. Since then she has been at the forefront of promoting and encouraging opportunities for women in the energy sector and has won a number of national awards and industry accolades for her work in that area and for her role as a business mentor.

“It was fantastic to see so many different types of business, new and old, started by women throughout Scotland,” said Marie. “There were some interesting ideas with a positive outlook for future growth, which is great for Scotland’s economy.”